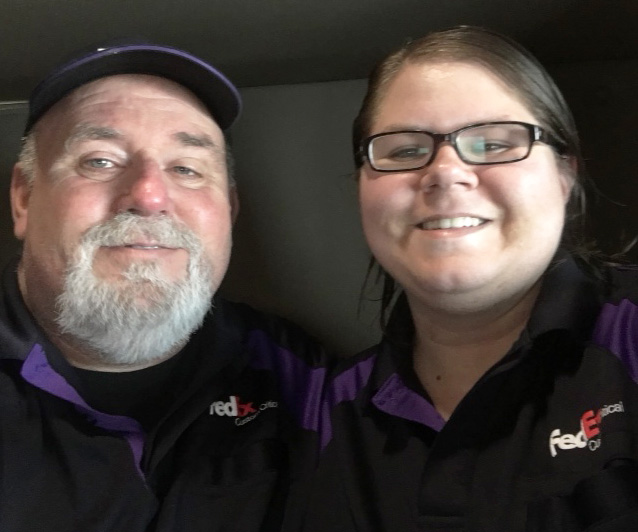 Former NBA coach, Pat Riley famously said, “Look for your choices, pick the best one, then go with it.” Although he was referring to the game of basketball, his advice can easily be applied to the business of Expediting. In this issue of Spotlight News, we look at the Expediting career of Paul Smith, a former Owner Operator who parked his straight truck to become an independent contract driver with Expediter Services. Now signed on with FedEx’s white glove service, he’s a man who has made a number of choices over the years that have enabled him to run his business his way.

Smith began his trucking career in 1985. After years of driving over-the-road, he was ready for something different and chose Expediting as his new focus in 2012. His choice led him to Expediter Services. “I had heard about Expediting by talking to people in the business. I looked into it and contacted FedEx. They reviewed my information and recommended I find a unit to operate…which led me to Expediter Services. I was soon driving for ES as a contract driver, but driving as a contractor turned out to be a short-term proposition.”

His new career as an independent contract driver was soon cut short, however, due to an unusual agreement with a potential “new” driving partner. “Shortly after I began driving for ES as a contractor, my daughter, Lindsay, became quite interested in these small straight trucks and began asking all kinds of questions about them, even mentioning that she may want to drive one some day. I jokingly told her that if she got her CDL, I would buy a truck, and she could be my driving partner (not expecting she’d follow through with it). Before I knew it, she actually got her license. I was surprised and didn’t really know what to do, so I decided to keep my word and went out and bought a truck. Not to put too fine a point on it, but buying that truck turned out to be a mistake!”

The “mistake” Smith refers to was his choice to buy a truck based solely upon price. Consequently, he was also about to make a choice that would greatly benefit his career and future earning potential in the form of acquiring enhanced credentials. “The truck I wound up buying was purchased from a third party and based solely on the fact that it was the cheapest truck I could find. From the get-go there were maintenance issues and in December of 2015, after three years of troubled ownership, I decided to park it rather than spend any more money fixing it up. And since I was already operating under Expediter Management Services, I called my fleet manager, Patrick Bertrand and told him I wanted to become a contract driver once again — but this time I wanted to drive as a white glove operator. He said “no problem” and set me up driving for the surface fleet while I went through the qualification process of earning my enhanced credentials. About a month later, I was white glove qualified. ES placed me in a brand new 2015 Cascadia with a Bolt custom sleeper. It’s a great truck! “

Smith’s decision to join the white glove service was founded on more than just earning potential. And he would soon discover that gaining enhanced credentials would offer the personal fulfillment he craved, as well as more opportunity. “My choice to be a white glove driver was the result of my desire to do something different. I think it’s important to always do things that challenge you personally and professionally. White glove allows me to do different tasks every day. No two jobs are the same. As a white glove driver, I have to adapt to the situation, as well as the people I deal with. I love the variety! My enhanced credentials have also helped me stay busy, even during recent periods of soft freight. Having white glove qualifications truly opens up opportunities that I simply did not have before. I can honestly say that I’ve made more money as a contract driver than I did as an owner operator. This may not be true for some owner operators, but it certainly was for me due to the fact that I bought the wrong truck from the wrong person. My bad choice of trucks affected my earning potential as an owner.”

“It’s extremely rare to find a company in the trucking business that supports your choices. Whether I’m an owner or a contract driver, ES has given me the support and freedom to pursue my business goals. You really can’t ask for much more than that,” said Smith. As for the future, let’s just say he’s happy doing what he loves. “I’m truly content doing what I’m doing. I don’t have to worry about equipment or maintenance. It’s such a contrast compared to where I was before becoming a contract driver again. Where I am right now suits me just fine. After all, it’s my choice, and with Expediter Services I Never Stand Alone.”