Completing the Circle of Success

Mike and Leslie Weis are successful Contractors on the cusp of retiring after a rewarding twelve year career in Expediting, leasing a truck from Expediter Services. You could say they’re completing the Circle of Success as they prepare to move on to the next phase in life. 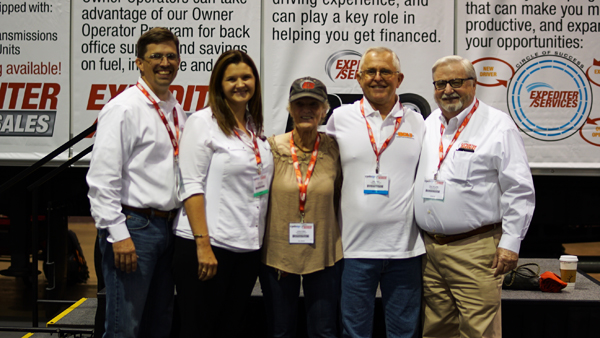 Over the years, their careers have experienced ups and downs, but through it all, they’ve always had each other — and the support of Expediter Services behind them. Their story in Expediting began at the Expedite Expo in 2005, with a chance meeting and conversation with Jason Williams, President of Expediter Services. Their story is even more poignant, as their career will end after their visit to this year’s Expo when they hang up the keys to their truck. This is their story in their own words.

SLN: What made You and Mike want to become Expediters?
We worked for another company back in 2005 driving 18-wheelers and heard about the Expedite Expo. So, we decided to go to see what it was all about. Mike was interested in looking at all of the trucks and companies represented. We walked into the Expediter Services booth and started talking to Jason Williams, and what he had to say about the company and Expediting sounded really good. Their approach to business sounded like a breath of fresh air compared to what we’re used to. Right away we felt comfortable. He was nothing like the “used car salesman” kind of people we usually run into in this business. We actually had a conversation about our goals, our business, and what we wanted to accomplish. Mike filled out some forms to become a Contract driver and within a few days, we got a call from ES. We immediately put in our notice at the company we were with and signed on with ES as Contract Drivers. We soon completed our class training in Ohio and hit the road in a new truck. As it turned out, we made a great move!

SLN: What was it like transitioning into a straight truck?
I had my license for about a year and I drove the big 53-foot trucks. It was such a big difference driving the shorter straight trucks. They were so much easier to maneuver and you can park them almost anywhere. It just made things so much easier. We were happy with driving what we affectionately call our “tonka toy”. The quality of the Expediting lifestyle was head and shoulders above what we were used to.

SLN: Tell us about working with Expediter Services over the years?
I can tell you without hesitation, Expediter Services is like family. They are the most gracious, kind and loving people we have ever known. Throughout our career, we’ve traveled, seen and experienced many things and ES was always there for us and made it all happen. When my daughter passed away, they were right there with us showing support through prayers and heart. Now with Mike’s mother being ill, the people at ES are once again with us as we go through this. They have been supportive as we’ve had to take time to take care of her and I can’t say enough about how good they’ve been to us. These days it’s really unheard of to find a company that truly cares and supports you through life’s challenges. It’s our need to take care of Mike’s mother that has brought us to make the decision to retire right now. We don’t want the truck to be out of service while we attend to her, so it was just the right time to step away from the cab.

SLN: What is it like being a Woman in Expediting? 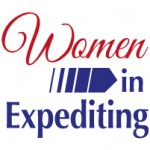 As a woman in this business, I found it challenging and rewarding. The lifestyle is definitely better because you can park the smaller straight trucks almost anywhere and they are so much easier to drive. Once the kids left home, it was great being able to get my CDL and travel with Mike and work with him. I love being in Expediting and can’t imagine doing anything else. It also helps to have such good people behind you like Expediter Services.

SLN: As a former electronic engineer with the Department of Defense, what made you want to get into trucking and then Expediting?
After working with the government on missile programs for a number of years, I was ready to do something different. I like to travel and I like trucks, so it was a natural move into trucking. I’ve been a driver now over thirty years. When our daughter left home Leslie got her CDL and we hit the road together and that’s where we’ve been ever since.

SLN: Tell about your decision to be a professional Contract Driver versus an Owner Operator?

I really enjoy driving. It’s what I like to do. I was never really interested in becoming an owner, even though Jason and Paul always told me I would be good at it. We’ve always been happy driving and its been a good career for us. One of the things I like about Expediter Services is that they’re OK with that. They presented the opportunity of ownership, but it just wasn’t for us. ES supports us as Contractors and we appreciate how non-judgmental they are about it. I’m a go-getter when it comes to working and driving, and If it’s what we want to do, they’re here for us. I like to run the truck and make money and the more I drive and the more loads I make, the more money we earn. It’s as simple as that. Did I mention that I like driving?!

SLN: What advice would you have for anyone looking to get into Expediting?
I would tell anyone looking to get into the trucking business to call Expediter Services first, listen to what they have to say, then go  talk to somebody else. They’ll soon find out the difference between ES and the other companies out there. Over the years I’ve worked for a lot of different firms since I started driving in 1976, and I’ve been told so many stories that turned out not to be true. But Expediter Services is the exception. They’ve always been upfront and they do what they say they are going to do. On top of that, their equipment is first rate. With ES the opportunity is there: the harder you work, the more money you are going to make. It’s the American dream and we have lived it.
We want to wish Mike and Leslie the best of luck in their retirement!