Building a Fleet One Step at a Time 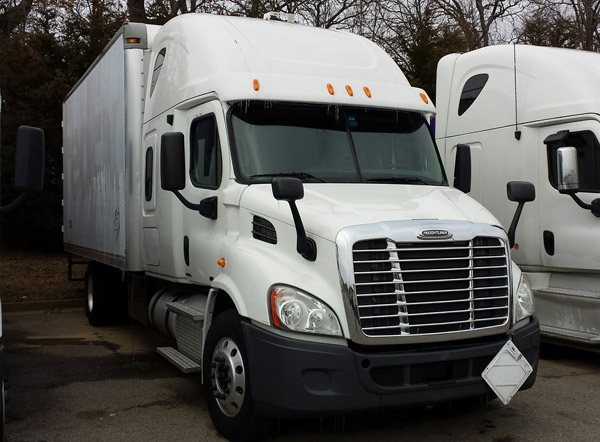 As with most things in life, getting started is usually the hardest part — and Expediting is no exception. No matter what route you take, the road to success is a journey built one step at a time with valuable experience being gained along the way. Lynn Colebrook’s story of success began in 2012 driving as a contractor with Panther Premium Logistics. As he points out, it was a great leaning experience and his first step into Expediting. “I began my Expediting career at Panther driving vans. It was a great way to learn about the industry, and being a contract driver prepared me to take the next step as a van owner.”

Colebrook’s next step for his business was indeed as the owner of a small fleet of vans, but he soon found out he wanted more. “After gaining experience as a contract driver, I achieved my goal to build a fleet of vans. This made me realize that there was even more opportunity and money to be earned by owning Class 8 trucks, so that was the next logical step. I looked around the marketplace and purchased two Class 8 units, which I would categorize as “starter trucks”, they were both pretty well used, but they did get me started in the direction I wanted to go.”
Soon

afterwards, Colebrook ran into Josh Swindoll at the Expedite Expo in July of last year, and a new chapter of truck ownership soon started. “I attended the Expo last summer and began talking to Josh from Expediter Truck Sales. He told me about the used trucks available from Expediter Services fleet; how they were well-cared-for, even having full maintenance records. I started doing research and found a 2012 Cascadia that I bought in January. It was everything they said it would be. I got a great lightly used truck for a fraction of the price of a new one. It has “value” written all over it. I’m really pleased with the purchase. The next time I want to expand my fleet, I will definitely go back to Expediter Truck Sales.”