A Second Career & The Call of the Road 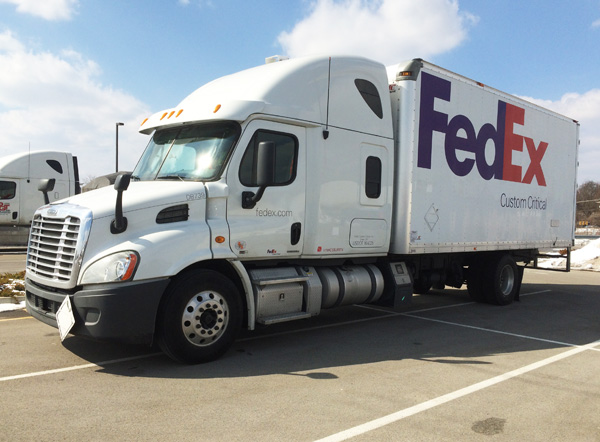 One of the most alluring characteristics about Expediting is the fact that it’s a career that practically anyone can get into at just about any point in one’s life. If you want to begin your career fresh out of school, it’s a great place to get started. If you’re leaving a previous line of work, but not ready for full retirement, Expediting can be a great second career. Just ask Lisa and Ernest Nix, a couple who saw the opportunity to start a business in Expediting after her husband was winding down a career as an educator.

“I’m a Jill of all Trades,” said Lisa Nix. “I’ve worked a number of jobs over the years, including stints as customer service agent, waitress and nurses aid. You name it and I’ve done it. My husband spent thirty years in education and is now looking to retire, but we weren’t ready to just lay down and quit. We’re too young for that!”

So, what was their next step? Expediting! But it wasn’t their first time on the road as truckers. “Many years ago, Ernest and I were long haul truckers. We worked for a couple of owners during that time, including FedEx Ground. We really loved being on the road and spending time together and we just knew that whatever he did after his retirement, some type of trucking career was to be in our future. That’s when we found Expediting and Expediter Services.”
Lisa heard about the lifestyle advantages and income potential of Expediting through friends and last October, she buckled down and began doing research on the industry. “I had heard so many good things about Expediting, so I began looking into the forums at Expediters Online, which led me to Expediter Services. Ernest and I really wanted to own our own truck and work for ourselves. So, I called Josh Swindoll at Expediter Truck Sales to find out what our options were. He was incredibly helpful and found a great 2012 Cascadia from Expediter Services fleet. He also got us in touch with Jeff Tacker who helped arrange our financing through Expediter Equipment Finance.”

But, according to Lisa, there was one “catch”. “Since Ernest and I live in Utah, we were buying this truck

sight unseen. We were totally relying on what Josh was telling us about the truck, which was a little bit scary. But we needn’t have worried. We hopped in our car and drove to ES’s office in Southaven, Mississippi and picked up our new truck, drove it to FedEx orientation in Ohio and so far we’re thrilled. It was everything he said it would be.”
The Nix’s plan on driving their new Cascadia for a year or so to learn about the Expediting business, with the goal of expanding into fleet ownership in the not too distant future. We wish them luck in their new second career!